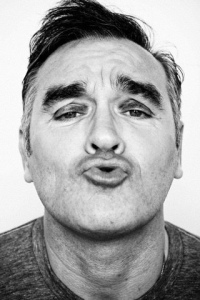 To commiserate the ersatz Antony Hegarty, the colourlessness Sam Smith, bagging the Bond theme for the next franchise installment (c) here’s one that almost made the cut and one that is an anomaly in the canon.

The man with the Golden Gun – Alice Cooper

Glam-dram, schlock-rock scourge of Mary Whitehouse Alice Cooper (still the band name at this point) claim to have been approached by the Bonderarchy to soundtrack film number nine. The film starred Roger Moore in his second outing, Christopher Lee as tri-nippled island-dwelling villain Scaramanga and Britpop’s Noel Gallagher as pint-size-sidekick Nick-Nack.

Lyrically it’s a literal summary of the film’s title and baddie, but the music contains all the mystery and intrigue required for a Bond ditty, on 1.20 the song descends into an aural equivalent of the hall of mirrors scene culminating in a death-knelling gong. 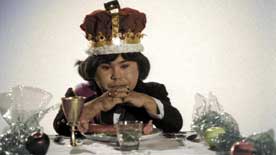 The theme for a needless remake fraught with difficulties from the onset. What could possibly go wrong?

In 1983 52 year old $$$ean Connery (and requisite toupee) was tempted back by a co-writer on the 1961 novel Thunderball to remake said 1965 film in opposition with the Broccoli backed Octopussy. Starring Moore alongside Kim Basinger and ‘funny-mime-man’ Mr Bean in a speaking role as ‘Nigel Small-Fawcett’ *guffaw*

The theme music, written by renowned composer Michel (uncle of Beach House’s Victoria) Legrand and sung by Lani Hall (a singer with Sergio Mendes and Brazil 66 and wife of Herb ‘Tijuana Brass’ Albert who herself replaced Phyllis Hyman in another dispute) is a typical torpid 80s cocktail infused aria that only serves to illustrate the folly this production was. The result a half-baked piss-take of myriad earlier themes.

Howard Jones, Like to get to know you well

Half Man Half Biscuit, Indiana Jones, New Zealand, Raiders of the lost ark, Rugby Union, The haka, You're hard

All I ever said, Bill Nelson, Hot Chocolate, James Last, Left to my own devices, Morgens Um Sieben Ist Die Welt Noch In Ordnung, Pet Shop Boys, Put your love in me, Righeira, The Bluebells, Vamos a la playa, When your dream of perfect beauty comes true 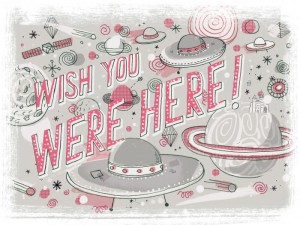 Thirty years on from their memorable introduction to the pop-sphere with the Hunting High and Low LP (featuring the still astounding song and video for ‘Take on me), Norwegian trio a-ha subsequently blitzkrieged the charts with a run of eight top ten hits in three years including the theme tune to James Bond film ‘The Living Daylights’.

Morten, Paul and Magne are back once again with the release of first new material in six years and tenth album Cast in Steel albeit it is again a prelude before another hiatus, as front man and perennial dish Morten Harket has stated: ‘one album, one tour’. Has absence made the art grow stronger?

Opener ‘Cast in Steel’ immediately has Harket’s sonorous distinctive vox showing up sop-meisters Snowplay and Keanethlete for the ‘rote-emote really gets my goat’ they are. ‘Under The Make-up’ has echoes of The Moody Blues both in essence and Harket’s soothing dulcet tones when exhorting ‘let all the worry vanish away’ evidence that like Justin Hayward, his voice has lost none of its lustre.

‘The Wake’ is poppy and peppy like Maximo Park with a ‘can’t change the one you love’ bewailing. ‘Objects in the Mirror’ and its deployment of the ‘rear view mirror’ trope and the past is closer than you perceive would be clichéd in lesser talented hands. The metaphorical ‘Door Ajar’ and its ‘there’s always a way back in … should you decide’ message is further evidence that like Scandi-kin ABBA and The Hives sometimes the best English pop is created by those who peer in, an outsider’s view of an insider’s self.

‘Living at the end of the world’ has the ambience of Vangelis crossed with Morriseyesque crises of identity, an existential cry of ‘there’s something I know, we are not who we are told we are more than we’ll ever know’. It’s fair to assume that he’s not pondering the work of Erich Von Daniken, but, engaging in intensive interior introspection. In style.

‘Mythomania’ has the group back to reclaim their throne and kingdom from the plunderers of history, the false-memory-magpies assembling patchwork aural tapestries with no heart and even less soul. Best of all is the propulsive ‘She’s humming a tune’ (‘to keep herself from thinking’) a darker sound, ghostly and bookended by a crackly acoustic thrum coming across as a mix of U2’s ‘The Unforgettable Fire’ and Kraftwerk’s electro-sonics.

The ‘past’ is a constant thread throughout, be it ‘familiar smiles’, ‘fate it fades away’ and ‘what comes after what was’ and in these musical times where everyone’s past haunts them ever more, it takes something special to (re)convince. Although an album of no radical departures nor great surprises, a good a-ha album is better than most bands’ peaks and overall this is an affectionate nod to both a romanticised pop past and group heyday. The collective cultural memory dictates standards and quality with only the best surviving. a-ha? Oh yeah!

No doubt agenda-scaffolders such as (De)Niall Ferguson, the playground bully’s weasel-wingman will be licking their lips at the advances received for their next tome about how the ‘goodies’ must prevail against the ‘baddies’ in this clash of civilisations, the polarity and dichotomy must be maintained. In essence, a contradiction of this summary.